notes from the city margins 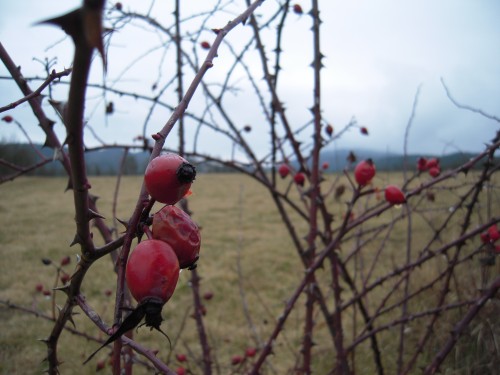 When I'm old, I'm going to be a curmudgeon. I'm practicing that chin-jut, the protruded neck, the lips wrapping into the mouth (in anticipation of losing my teeth), and most of all, the complaining about change. It's going to be so great! So great, in fact, that I think I should practice a bit. 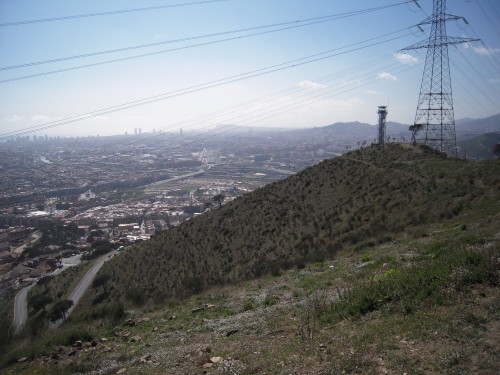 Kids these days just want to travel all the time, and it's like they don't even know where they live.

Well, not this mec!

Way back in 2009 I remember that I used to set out with your grandmother (you know we had 1024 kids, and they 2048 apiece, what with the bug in the babytron and all) and just go walking around Barcelona.

One day we took the metro out to Santa Coloma, then the bus (800 or B30) up to the top of the hill, and set out climbing. 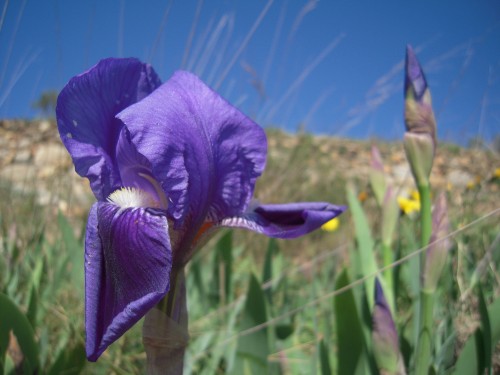 We found the most amazing things!

The clover was in fragrant bloom. Yes, there were horses too, back before they died out in the horse plague of '23 of course. You'll have to be content with your ponybot. 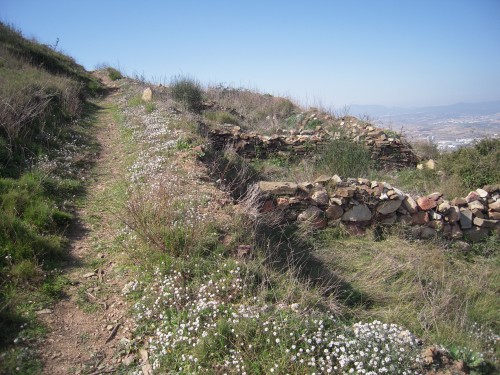 But most importantly: there was more old stuff. After walking a ways, we stumbled upon an Iberian settlement. Iberian, as in the preroman tribe, from the 5th century before Jesus. No, I wasn't around then!

But yes, it was pretty neat. Or "gromlic" as you kids say these days, I guess...

I couldn't quite figure a way to bring that to a close, but I figure that's a quality of old people, so: check. I'm coming, future, but watch out, the past is coming too.

Readers of mine will perhaps remember the ongoing drama that is my bike: the couple dozen broken spokes, the broken rear cassette, cracked and re-welded frame, stolen seat and bell, broken cables, the replaced wheel, etc. Well the last couple months brought a few more novelties:

I'm changing parking spots but still, all told the situation is in my favor I think: about 50 euros of upkeep per year, and the bike 200 or 250 euros to start with, and it's easily the most important activity I do for my health, more than aikido. 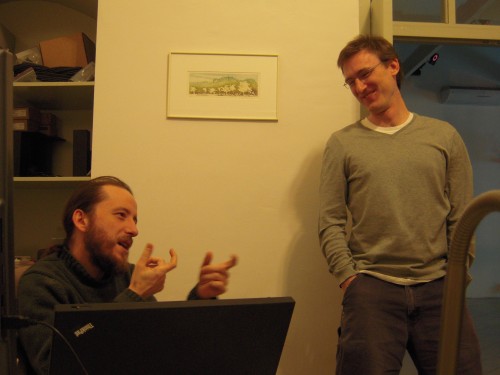 Well, with regards to travel: I lie. I'm going to Boston for the international Lisp conference, with my colleague jao, and later to LA to work for a week or two. I'm especially excited about the ILC, to meet key figures from Lisp past and present, and to chat with folks. I'll give a lightning talk there about Guile's new compiler and decompiler tower, which should be fun.

colonphon: brought to you by the humble colon. here's another one: